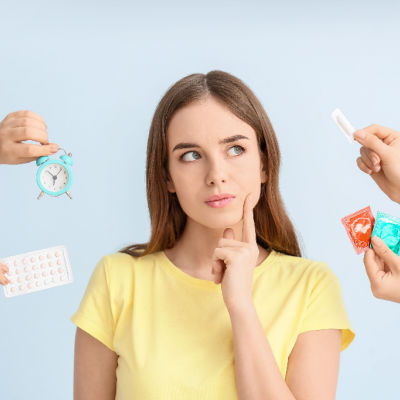 Contraception, also known as birth control, prevents pregnancy by using one or more methods, medications or devices. Medical contraception has been available since the 1960s, and, in that time, a wide variety of options have been introduced, ranging from permanent sterilization to products for one­-time usage.

Intrauterine devices (IUD) are the most efficient removable birth control implements available, with failure rates less than 1 percent. IUDs are small T­-shaped appliances that are placed in the uterus by an obstetrician during an outpatient appointment. They are long­-acting contraceptives, meaning that they administer the active ingredient - either copper (a natural spermicide) or a hormone - without any maintenance on the user's part. Depending on the type of IUD, they can maintain effectiveness for as long as ten years before removal and reinsertion are needed.

There are a number of other hormonal birth control methods on the market, including patches, implants, injections and pills, all of which prevent fertilization by stopping ovulation. The effectiveness of hormonal methods is generally dependent upon the user; those who take pills have a daily schedule they must follow, while the patch must be used in a cycle, changed every week for three weeks with a fourth week off. Implants, like IUDs, are long­-acting but must be replaced every three years.

Barrier methods of contraception, including condoms, diaphragms and sponges, work by preventing sperm from entering the uterus, sometimes with the inclusion of a spermicidal agent. These methods are popular because they are typically easy to use, readily available and inexpensive, but they tend to have higher failure rates due to the possibility of user error.

Both male and female sterilization are minimally invasive surgical procedures that sever the channels through which reproductive cells travel. The recovery time is generally short and there are no long-­term side effects. In fact, female sterilization (tubal ligation) may possibly reduce the risk of ovarian cancer.

Sterilization is designed to be permanent, although there can be a measure of success in reversing the procedure, which varies depending on the gender of the person sterilized and the sterilization method that was used.

All contraceptive methods have benefits and risks. Disclosing your medical history and your goals for contraception with your doctor will help to determine which method is best for you.